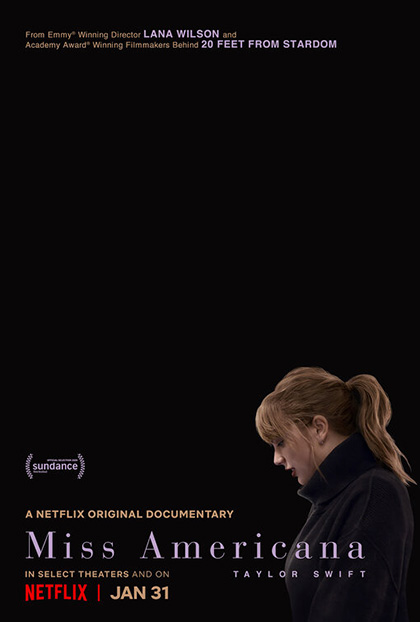 Miss America, a film directed by Lana Wilson, is a documentary about Taylor Swift, the American singer-songwriter who has become a true phenomenon of pop music. A very private portrait that tells how her life has changed and how she went from a very young girl passionate about poetry to a perfomer appreciated all over the world and to a woman who has learned to emphasize her greatest value, the voice. Born as a teen prodigy of country music, Taylor has been able to exploit his strengths, reaching great successes, victories, sold-out performances, up to establishing himself as a pop star. But this transformation never stopped, the singer is in fact in continuous artistic evolution. The film is also a look at her private life, made up of loves and above all haters, with whom Taylor is forced to measure herself every day, establishing herself as a public figure and as an American woman. This argument brings out the fragility and sensitivity of the star, who fights this personal battle with his biting intelligence. Swift talks about himself, the pop queen Taylor and the private Taylor, but also tackles more sensitive issues, such as injustices and inequalities, giving his own idea on the delicate American situation.